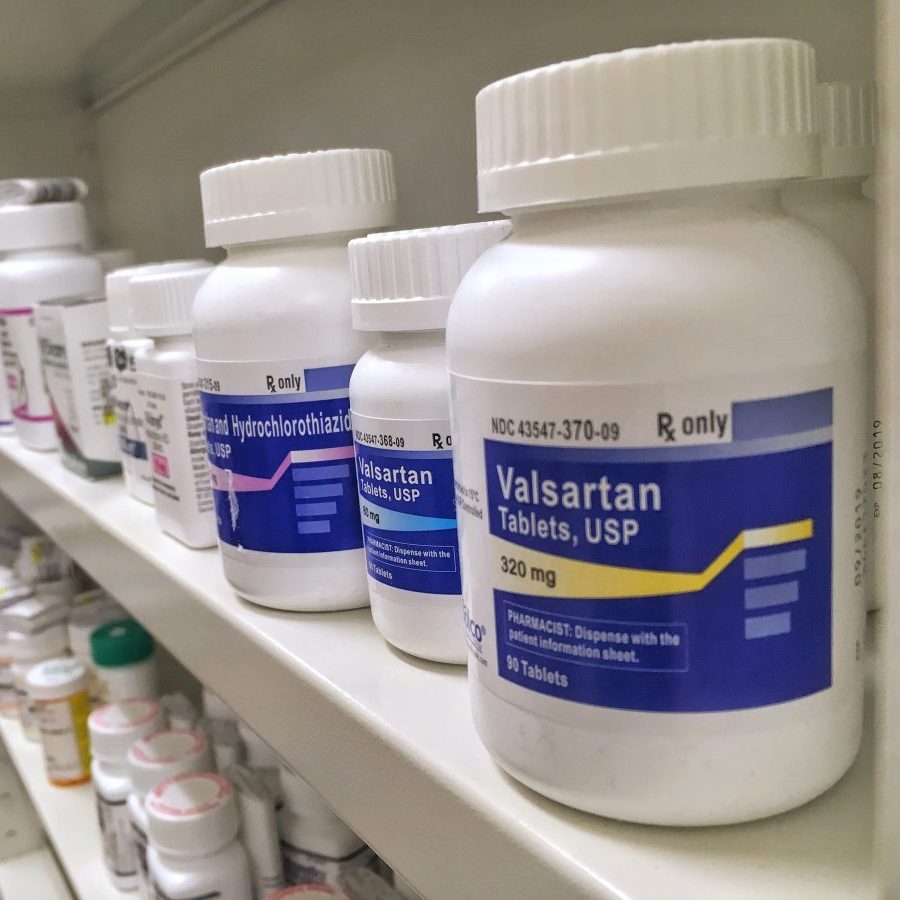 Valsartan is part of a class of prescription medications known as angiotensin II receptor antagonists, also known as angiotensin-receptor blockers (ARBs). Valsartan and other ARBs are most commonly prescribed to treat patients who suffer from high blood pressure. The drug is also prescribed to treat patients with congestive heart failure, or those who recently suffered a heart attack,

In July 2018, the FDA recalled Valsartan after studies showed that the drug was contaminated with two chemicals – N-Nitrosodimethylamine (NDMA) and N-Nitrosodiethylamine (NDEA) – that could increase the risk of cancer. In the wake of the FDA’s Valsartan recall, several drug manufacturers issued their own recalls of the blood pressure drug after tests revealed that lots of Valsartan could be contaminated with NDMA or NDEA.

In March 2019, tests revealed that some lots of another ARB known as losartan potassium were contaminated with a third chemical – N-nitroso-N-methyl-4-aminobutyric acid (NMBA) – that could also increase the risk of cancer. The contaminated lots of losartan were manufactured by in India Hetero Labs and sold by the drug company Camber Pharmaceuticals.

The FDA was warned by the online pharmacy Valisure in July 2019 that a fourth carcinogenic chemical known as dimethylformamide (DMF) had also been discovered in lots of Valsartan. According to the agency, DMF had been found in batches of the blood pressure drug manufactured by several companies, including Novartis. The World Health Organization (WHO) has classified DMF as a probable carcinogen to humans, putting patients who use Valsartan at an increased risk of developing cancer.

Because of the chemical contamination of Valsartan and other ARBs, patients who used these medications may face an increased risk of developing cancer. NDMA, the first contaminant found in Valsartan, has been linked to an increased risk of colorectal cancer, gastric cancer, and stomach cancer. Patients who used Valsartan may also be at risk of developing other types of cancer.

Valsartan With Cancer Users May Qualify to File a Lawsuit

Patients who used Valsartan to treat high blood pressure, congestive heart failure, or a heart attack and were diagnosed with cancer may qualify to file a lawsuit. Dozens of lawsuits filed against drugmakers who sold Valsartan were consolidated in a multidistrict litigation in New Jersey earlier this year.

If you or a loved one used valsartan to treat high blood pressure, heart failure, or other cardiovascular problems and were diagnosed with cancer, contact the lawyers at Hissey, Mulderig & Friend for a free legal consultation to find out if you qualify. You can reach us by calling toll-free at 1-866-806-8117, or by answering a few simple questions in our free case evaluation form on the right side of this page.