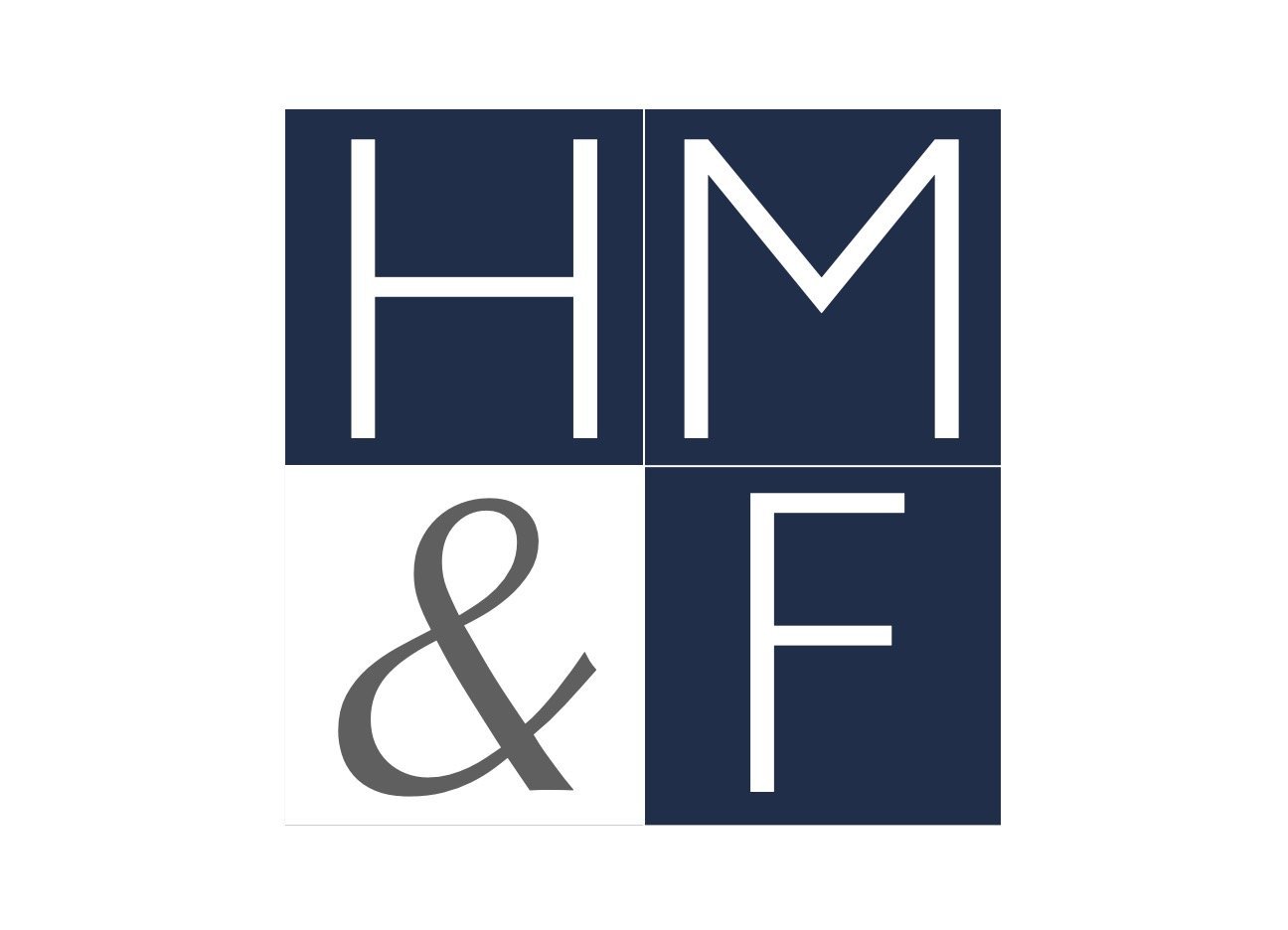 At the start of 2020, no one could have predicted the incredible challenges that lay in store for us over the coming 12 months. 2020 was a year that required enormous sacrifices on the part of all Americans, as we were separated from our friends and loved ones, adapted to a life of Zoom meetings and remote work, and confronted the obstacles of the COVID-19 pandemic.

In spite of these challenges, the attorneys at Hissey, Mulderig & Friend and our staff continued working on behalf of our clients throughout 2020. In addition to continuing our work representing clients in practice areas from previous years, our attorneys took on cases in a number of new dockets during 2020, as we worked with our staff to adapt to the new normal of the coronavirus pandemic.

Here is a look at our top 10 most-circulated stories from our product liability and pharmaceutical liability dockets during the past year:

In July, we reported on a growing body of evidence linking the interstitial cystitis drug Elmiron (pentosan polysulfate sodium) to an increased risk of vision problems. Over the preceding two years, several studies found that Elmiron could cause a unique type of eye damage known as pigmentary maculopathy, which could lead to permanent vision loss or blindness in patients who used the drug over an extended period or at higher doses.

According to one study, up to 25% of Elmiron users who were prescribed the drug at higher doses developed retinal damage. Because damage to the retina caused by using Elmiron can easily be mistaken for age-related macular degeneration or other vision problems typical of older patients, medical experts have advised patients taking Elmiron who develop problems with their eyesight to talk with their ophthalmologist in order to be sure that these issues are not being caused by the medication.

The heartburn drug Zantac and its generic equivalent, ranitidine, were once two of the most widely used medications in the world. However, all that changed rapidly after the FDA uncovered evidence that these drugs were contaminated with a chemical known as N-nitrosodimethylamine, or NDMA, that could increase patients’ risk of developing cancer.

Following the FDA’s announcement that Zantac and ranitidine were contaminated with NDMA, several companies who manufactured these drugs — including Sandoz, Apotex, and Novartis — announced they would recall the medications due to the possibility that they could cause cancer. Shortly thereafter, several nationwide pharmacy chains that sell Zantac and ranitidine — including Walmart, CVS, Walgreens, and Rite Aid — also recalled the two heartburn medications.

Following reports that patients taking Elmiron may face an increased risk of eye damage, a number of patients who developed vision problems after taking the interstitial cystitis drug filed lawsuits against its manufacturers, Johnson & Johnson and Janssen. One of these lawsuits was a class action filed by a Nevada women on behalf of other Elmiron users who were diagnosed with vision problems.

According to this class action lawsuit, Johnson & Johnson and Janssen were aware that Elmiron could cause eye damage, vision loss, or even blindness in patients who took the drug at higher doses. But despite knowing about the risk of vision problems associated with the drug, the two drugmakers failed to properly warn doctors and patients about the dangers of the interstitial cystitis medication, or to voluntarily recall the medication.

In recent years, a growing body of evidence has shown that individuals who are exposed to the herbicide Roundup (glyphosate) may face an increased risk of developing lymphoma or other types of cancer. This link between Roundup and lymphoma has prompted tens of thousands of landscapers, gardeners, farmers, and other individuals who were exposed to glyphosate to file lawsuits against Monsanto, the company that developed the weedkiller, and Bayer, who purchased the company in 2018.

At one point, Bayer and Monsanto were facing more than 42,000 lawsuits that had been filed by individuals who were diagnosed with cancer after being exposed to Roundup and glyphosate. Some lawsuits resulted in verdicts of tens of millions of dollars against the two companies, prompting Bayer and Monsanto to commence settlement negotiations with the remaining plaintiffs in order to resolve the tens of thousands of outstanding Roundup lawsuits that they were still facing.

Health experts have warned that consumers who use Juul e-cigarettes may face an increased risk of suffering a stroke or other serious complications. One Juul user who had a stroke after using the vaping device filed a lawsuit in California against Juul Labs, the company that manufacturers the e-cigarettes, accusing them of hiding the dangers of their products and marketing them to teenagers.

Maxwell Berger, the Connecticut man who filed the lawsuit in question, alleged that he started using Juul in high school, before he was legally allowed to purchase the product. He claims in his lawsuit against Juul that in 2017 he suffered a massive hemorrhagic stroke, forcing him to undergo three brain surgeries and causing permanent injuries, including speech problems and paralysis.

After the FDA warned about the cancer risks associated with the heartburn drugs Zantac and ranitidine, several companies that manufacture these medications began recalling them from sale in the U.S. Shortly thereafter, many nationwide pharmacy chains also began removing Zantac and ranitidine from their shelves after the evidence linking them to an increased risk of several cancers became clear.

Over the following months, CVS, Target, Walgreens, Walmart, Kroger, and other pharmacies all announced that they would remove the two heartburn drugs from their stores. The products that were removed included prescription versions of Zantac, over-the-counter formulations of the drug, and their generic equivalent, ranitidine, that is sold in both prescription and over-the-counter formulations.

In April, we reported that studies had linked the weight loss drugs Belviq and Belviq XR (lorcaserin) to an increased risk of developing several types of cancer. Several months later, one Belviq user who was diagnosed with cancer after taking the weight loss drug filed a class action lawsuit against Eisai and Arena, the manufacturers of the drug.

According to the lawsuit, Eisai and Arena continued to produce and sell Belviq despite strong evidence linking the diet medication to an increased cancer risk. The lawsuit that was filed against the two companies was seeking class action status on behalf of other patients who were diagnosed with pancreatic cancer, colorectal cancer, lung cancer, or other types of cancer after being prescribed Belviq or Belviq XR.

3M Knowingly Sold Defective Earplugs to the Military for 13 Years

In recent years, evidence has mounted that soldiers and veterans who used 3M’s Combat Arms Ear Plugs in combat were at risk of developing permanent hearing loss because of the defective design of these products. Subsequent investigations of 3M’s marketing of the Combat Arms Earplugs revealed that the company continued to manufacture and sell these products to the military for 13 years after they knew about design problems that could lead to ear damage and hearing loss.

3M was ordered to pay $9.1 million in damages to the Defense Department and other government agencies for concealing problems with the company’s Combat Arms ear plugs. The defective design of 3M’s earplugs and the company’s marketing of these products has also prompted hundreds of soldiers or veterans who used the earplugs and developed hearing damage to file lawsuits against the company.

The terrorist attacks against the World Trade Center on September 11, 2001 released huge volumes of toxic materials into the air around Ground Zero that put the health of thousands of first responders at risk. One of the substances that was released into the air on 9/11 was asbestos, a substance that has been linked to a deadly form of cancer known as mesothelioma.

Studies have shown that Wright Medical’s ProFemur Total Hip System, a type of metal-on-metal hip implant, is prone to fail at a higher rate than other artificial hip replacements. A number of patients who underwent hip replacement surgery with Wright’s ProFemur hip implants have filed lawsuits against the company, alleging that a design defect in these products makes them more likely to fail that other products.

In December, we reported that dozens of federal lawsuits filed against Wright Medical had been consolidated in a multidistrict litigation (MDL) based in Arkansas. In addition to these cases, Wright and MicroPort Orthopedics (which purchased Wright’s hip division in 2013) are also facing hundreds of lawsuits filed in state courts on behalf of patients who experienced complications with their ProFemur hip replacements.