Kathleen McGinn earned her Juris Doctor from Golden Gate University School of Law in San Francisco, California in 1994. During her time in law school, Kathleen was in the top 10% of her class, an associate editor of the Golden Gate University Law Review, author of Zal v. Steppe: Ninth Circuit Approval of an in limine Ban of Specific Words, 23 Golden Gate U.L. Rev. 35 (1993), a Regional Quarterfinalist in the 1993 National Moot Court Competition, a member of the GGU Moot Court Board, and won the title “Best Oralist” in the 1993 GGU Appellate Advocacy Competition. Kathleen earned her Bachelor’s of Arts degree in Theater Arts from Humboldt State University in Arcata, California in 1986.

Kathleen has been involved in a number of the firm’s pharmaceutical and medical device dockets—including Yaz and Yasmin, DePuy ASR and Pinnacle hip replacements, and transvaginal surgical mesh products. Kathleen played a key role in many of the firm’s other dockets, including the Ortho Evra birth control patch, Vioxx, Fleet Phospho-Soda, AMO Complete Moisture Plus, ReNu with MoistureLoc, and Digitek.

Ms. McGinn is licensed to practice law in California and has been admitted to the Ninth Circuit Court of Appeals and all Federal District Courts in the state of California. 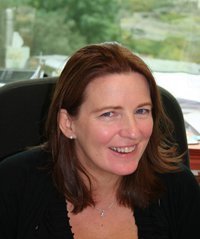