As of March 2021, roughly 230,000 lawsuit have been filed against 3M by veterans and soldiers who used the company’s Combat Arms military earplugs.

These lawsuits have alleged that the earplugs — used in combat by thousands of veterans and active duty military personnel — may cause serious and permanent hearing damage as a result of their defective design.

The first lawsuits against 3M over the company’s military earplugs are scheduled to go to trial in April 2021. However, veterans and soldiers who used the company’s yellow and black earplugs during combat and suffered hearing loss or other auditory disabilities may still qualify to file a lawsuit and seek compensation for their injuries.

Combat Arms Ear Plugs Version 2 (CAEv2) was developed by Aero Technologies, which was acquired by 3M in 2009.

The Combat Arms Ear Plugs are recognizable for their distinctive yellow and black dual-ended shape. When worn with the black end in the ear, the product functions like normal earplugs; when worn with the yellow end, the ear plugs are designed to allow speech and other low-level sounds to be heard, while still blocking out louder noises.

➢ Why is 3M facing lawsuit over the ear plugs?

Lawsuits filed against 3M have alleged that the Combat Arms Ear Plugs are ineffective at reducing loud noises, putting soldiers who use these products during combat at risk of serious hearing damage.

Tests performed by Aero Technologies before 2003 found that the Combat Arms Ear Plugs were less than half as effective at reducing loud noises as the minimum noise reduction rating (NPR) required by the U.S. armed forces. Despite these findings, Aero and 3M falsely certified to the military that the ear plugs met government safety standards.

In addition, tests have found that the Combat Arms Ear Plugs were too short to be properly inserted into the ear canal. As a result of this design defect, the ear plugs could become loose in the ear canal, exposing soldiers who used them to additional risks of hearing damage.

Yet in spite of these tests, lawsuits filed against 3M have alleged that the company continued to sell Combat Arms earplugs to the armed forces for 13 years after learning about problems with this product. As a result of 3M’s failure to warn the military, tens of thousands of soldiers and veterans may have suffered hearing loss from using the company’s military earplugs.

➢ What injuries have been linked to the ear plugs?

Thousands of soldiers or other military personnel who used the Combat Arms Ear Plugs in combat zones have been diagnosed with partial or total hearing loss.

Many veterans or active duty personnel have also been diagnosed with tinnitus, a ringing or buzzing in the ears that could be a sign of hearing damage. 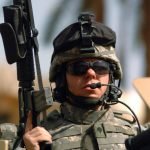 I served with the U.S. Army in Iraq from 2006 to 2007, and in Afghanistan from 2008 to 2009. The Army equipped me with 3M’s Combat Arms Ear Plugs to protect my hearing. But after I returned from combat, I was diagnosed with hearing loss.

➢ Who is eligible to file a lawsuit?

Members of the U.S. Army, Navy, Marines, Air Force, and other veterans or active-duty military personnel who suffered hearing damage after using 3M’s Combat Arms Ear Plugs may be eligible to file a lawsuit.

In order to file a claim, veterans and military personnel must meet the following criteria:

Veterans who may qualify to file a lawsuit against 3M may include soldiers or other military personnel who served in the following combat zones:

➢ What is the status of the litigation against 3M?

More than 230,000 veterans and soldiers who developed hearing loss as a result of the defective design of 3M’s military earplugs have filed lawsuits against the company. In April 2019, these lawsuits were consolidated in a multidistrict litigation (MDL) in the U.S. District Court for the Northern District of Florida.

Three of the tens of thousands of military earplugs lawsuits filed against 3M have been selected as “bellwether trials.” The damages that are determined by the court during these three trials will help lawyers representing veterans and soldiers with hearing loss to determine the value of each claim and begin settlement negotiations with 3M.

These three bellwether cases are scheduled to go to trial in April 2021 in Florida federal district court. However, veterans and soldiers who used 3M’s Combat Arms ear plugs during their military service and were diagnosed with hearing loss may still be eligible to take legal action and receive compensation for the damage to their hearing caused by the defective design of these products.

If you used 3M’s Combat Arms Ear Plugs during military service and were diagnosed with hearing damage, you may qualify to file a lawsuit.

To receive a free legal consultation and to find out whether you may be eligible to file a claim, contact our offices by calling toll-free at 1-866-806-8117, or by filling out the free case evaluation form located on the right side of this page.